In India, shifting to a Paleo Diet is not as difficult for many Hindustani because they need only to add more fruits, vegetables, and seafood to their diet. Generally, meat-based Indian dishes use chicken, fish, or mutton as the main ingredients. However, eating cattle or even pig meat in India is usually taboo or forbidden by certain religious doctrines. 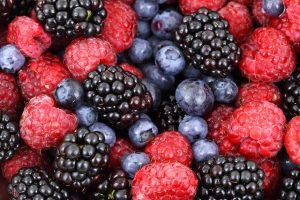 Some Hindustan religious sects consider cows as sacred animals. Pigs are deemed as vile and dirty creatures since they are being used as receptacles of evil spirits exorcised out of possessed humans.

According to Pew Research which gathered data on what most Indians include in their diets, many in India follow traditionally imposed dietary rules and restrictions of their religion. The overall view in almost all texts pertaining to religious eating culture is that majority of Hindustani prefer to eat vegetables, either as a religious practice or out of economic necessity.

Results of Pew surveys revealed that 81% of the survey respondents do not include meat in their diet, as well as abstain from eating meat ingredients included in certain dishes. The rest of the survey participants indicated that they do not avoid eating meat at all.

The point is, that shifting to a Paleo Diet in India is not of the same level of difficulty as that being experienced by Westerners. Indians looking to change into a Paleo diet can be expected to effortlessly adopt to eating natural and organically produced food as their daily meals.

Suggested Types of Food to Include in an Indian Paleo Diet

The practice of eating a Paleo Diet is about eating only organically produced food, usually vegetables, seeds, berries, and nuts. When it comes to meat, it should be derived from animals fed with grass or raised in natural environments or their habitats.

The concept follows the view that the daily sustenance of humans during the Paleolithic era was limited to consuming such types of food. Doing so enabled them to stay healthy and to have longer life spans.

In India however, a Paleo Diet also has to observe certain religious restrictions, particularly the practice of limiting meat choices to chicken, fish, and other marine products. Fruits are mostly berries, while vegetables should include root crops like carrots, parsnips, or turnips but excluding potatoes, sweet potatoes, and yams. Also, exclude cashew and peanuts from one’s choices of seeds and nuts.

Now here’s the thing, many health experts in India believe that genetically, Indians are more prone to developing cardiovascular diseases than their Western, Chinese, and Japanese counterparts. This denotes that Indians who are overweight and obese have a greater need to shift to a Paleo Diet, in order to reduce proneness to developing hypertension, stroke, or coronary artery disorder.

While it’s fortunate that medications and supplements in India are affordable, you have to check with your physician or nutritionist first, as these are mostly generic medicines. A generic medicine is actually a copycat version of medications whose patents have expired.